What is the Jian bird? The Myth of the Magnificent Creature

The Jian Bird is one of the oldest legendary creatures in history. It is used as a metaphor and symbol for love and the commitment and balance between married people. Read more to learn about this creature, its name, and more!

What is a Jian Bird?

The Jian is a bird in Chinese mythology that has only one eye and one wing. This bird is unable to fly on its own, and its sense of sight is very limited. The Jian bird is present in many different ancient and modern Chinese works, symbolizing many different things. However, the Jian bird most often is depicted as part of a pair, since two Jian birds can achieve flight and deep vision! 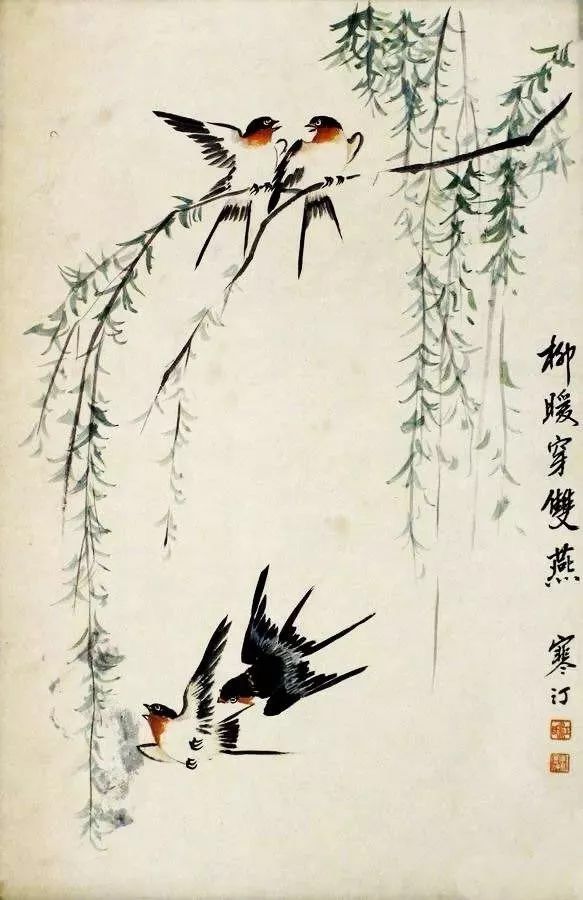 Birds in red and blue embracing

What is a Mythical Bird Called?

Mythical birds can most often be called “symbols” since they are created to represent a concept, explain a phenomenon, or illustrate a lesson. Mythical birds like the Jian bird or the vermilion bird don’t have a basis in real life; they are invented as part of oral traditions and storytelling. This brings us now to wonder where the myth of the Jian Bird or JianJian came from:

What is the Origin of the Jian Bird?

The Jian Bird comes from Chinese mythology and is used to represent companionship, dependence, teamwork, and love. Two jian birds, known as JianJian, or “birds that fly together” are intimately connected and rely perfectly on the other for survival. If one bird was without the other, it could not survive. But, when they are together, the two jian are able to flourish.

The Jian Bird was first mentioned in a Chinese text that is over 2,00 years old, and the true origin of that text, the Classic of Mountains and Seas, is quite likely much older. This means that the origin of the Jian Bird in the ancient country is hard to pinpoint. But, we do know that the Jian is one of the oldest legendary creatures in the world!

The birds must also communicate and trust each other; their minds don’t become one, but they must be on the exact same page with each other. If one bird has an idea about where to fly but does not communicate it, the birds will fall. Similarly, if one bird wants to focus its vision on a particular spot, both birds must agree that this is the right thing to do before acting.

In this way, the two Jian represent marriage and the concept of soulmates. They are perfect for each other, and they are lost without the other. They represent a sort of egalitarian view of marriage and relationships; there is no leader or follower, each bird is one equal half of a perfect whole.

The two Jian of the myth must always be together; if they ever separate, it would be a disaster for both of them. Because they each have one eye and one wing, they are lost on their own. The pain of being alone is more real on account of having known the joy of being together. This information can be interpreted as a warning against leaving your soulmate; without them, your body will feel pain and despair like never before.

The Jian Bird has been used in popular culture to represent two characters who are lost without each other and even in tattoos to commemorate romantic love. The bird has a place in the minds and hearts of many because of the idyllic and romantic symbolism behind it.

Is There a Bird with One Eye and One Wing?

the bird that shares wings

The source of this picture is Pinterest (credit to Run Cottrell )

Unfortunately, there are no species of bird that is born with one wing; if there were, the wing would be quite useless. Naturally, species have not developed with a lone wing because they always need two wings to fly. There have been some reports of injured birds flying with just one good wing, however. These injured animals couldn’t soar through the sky like they used to, but they could at least get off the ground.

There are other legendary creatures that have only one wing that come from outside of China, such as the Oozlum bird from Australian myths. This one winged bird has been told about through history as only being able to fly in circles, and the poor creature eventually disappears up its own backside!

Other than injured birds and other legendary creatures, there is no bird that flies with one wing. This makes the Jian Bird a unique and mystical depiction of the history and culture of china, not a biological reality!

Is the Jian a Real Bird? 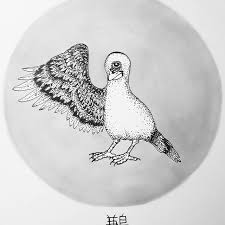 A Jian Bird by itself

The Jian Bird is not real, it is simply a part of Chinese folklore. The most “real” version of the bird with one eye and wing is the one you will find in ancient Chinese art! If only this wonderful creature were real, they would capture the imagination and awe of the whole world!

Facts About The Jian Bird

The Jian Bird is used in many different novels, manga, and anime TV shows to represent different things. In fact, it is used in the anime TV show Darling in the Franxxx in the opening credits to represent two characters who need the other one to survive. It is part of the Chinese mythological and storytelling traditions, and today would be considered a metaphor. 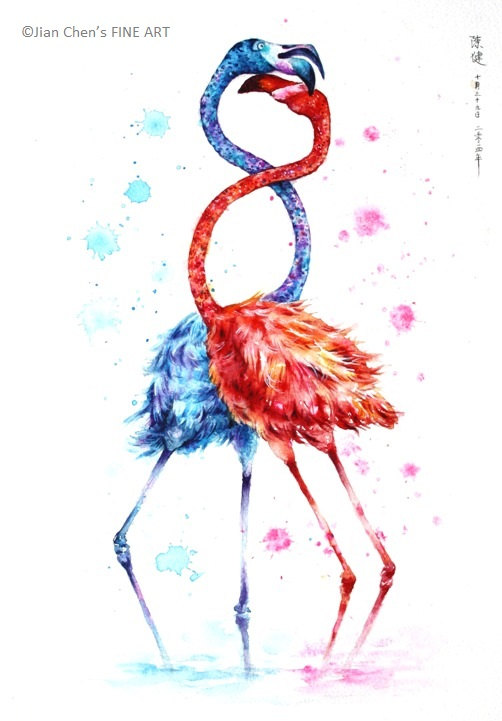 What does Jiàn Mean in Chinese?

Jian means “to see”. In more traditional sayings, it is also called “lovebirds” or “the birds fly wing to wing”.

How Long is a Jian bird?

A Jian Bird is typically depicted as looking like a crane. In their natural environment, a crane can be about 5 feet (150 cm) from beak to feet.

Can a Bird Fly With One Wing?

They cannot truly fly with one wing; the fact is, two wings are needed to achieve true flight. A bird with one good wing might be able to glide and half-fly short distances, but it cannot fly the way it was born to!

Read also about Parakeet Lifespan how long do parakeets live?